“Talking White” and Other Fallacies 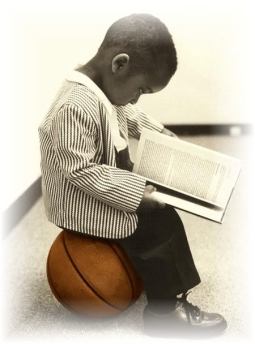 Been there, done that.

A few months back, a worried father of a middle school boy shared his story — his kid had been excelling in school over the years up until now. He’s been getting teased and tormented by his fellow classmates, as they constantly put him down for his hard work and achievement. “You’re a nerd, you ain’t really black,” and “You talk white” are among the many negative statements that are dished out to his son on a regular basis. So it all has worn the son down. It’s worn him down so much that he has made the conscious decision to not try as hard in school and talk less proper because he wants to be “down with the black kids.” Ouch.

Since when did “white” signify intelligence? Can black mean intelligent too? I’m afraid it’s too late, as such negative connotations have already been attached to “black,” and for some reason, a lot of black folk (and whites) think that success and intelligence are only for white people. Do we as a community fully realize the monster that has been created? Apparently not.

I’m writing this as a wake-up call. This attitude has to come from somewhere. I realize it’s impossible to trace back exactly who/ where this has come from within a family, but on an institutional level, we can all probably agree that this is an ill effect of “slave mentality.” We don’t have time to dwell on that now, but we do need to correct this. I am far from an expert on parenting (or on anything, at that matter), but I can say I’ve been through a similar struggle, but to a much lesser extent.

Let me share my story with you — I had been told many many many times, and so had my sisters, when they were younger, that I acted/spoke “white.” I was on the yearbook staff — I acted “white.” Was in majority honors classes — I acted “white.” Didn’t speak Ebonics — I talked “white.” I, unlike the boy I mentioned earlier, never backed down to the ignorant remarks. In fact, they made me try harder. I knew better. My folks had instilled black pride in me from day one. At the same time, my mother stressed the importance of education — it was always valued highly in my household. “Education is key,” “books are your friends,” and other similar sayings were not only said, but lived out in my family. I had such a strong grounding — too strong to be knocked down by any ignorance.

And for those of you who still think this isn’t a problem, think again. This issue is so pervasive, it has even made national news. “Ninth-grader says teacher told him to read Langston Hughes poem ‘blacker,’” read a recent MSNBC headline story. As Jordan Shumate, a black ninth-grader from Falls Church, read Ballad of the Landlord, he was suddenly interrupted by his English teacher. She told him “Blacker, Jordan. C’mon, blacker. I thought you were black.” Shumate refused to read it. The teacher grew frustrated, and provided the class with an ebonics-ladden reading of the piece herself. This lady managed to teach an entire classroom-full of students that ALL black people speak broken English; that’s nothing short of a travesty.

So I beg you, ALL of you — children, adults, men, women, students, teachers and everyone else in-between — to stop this “acting white” ignorance in its tracks. When you hear it, please educate those who think education and success are only for white people. Tell them that we can be just as successful and just as smart. We, whatever color we may be, are all people — we have brains, we have mouths, but more importantly, we have minds. If we all use our own minds, this world will be a much smarter place.